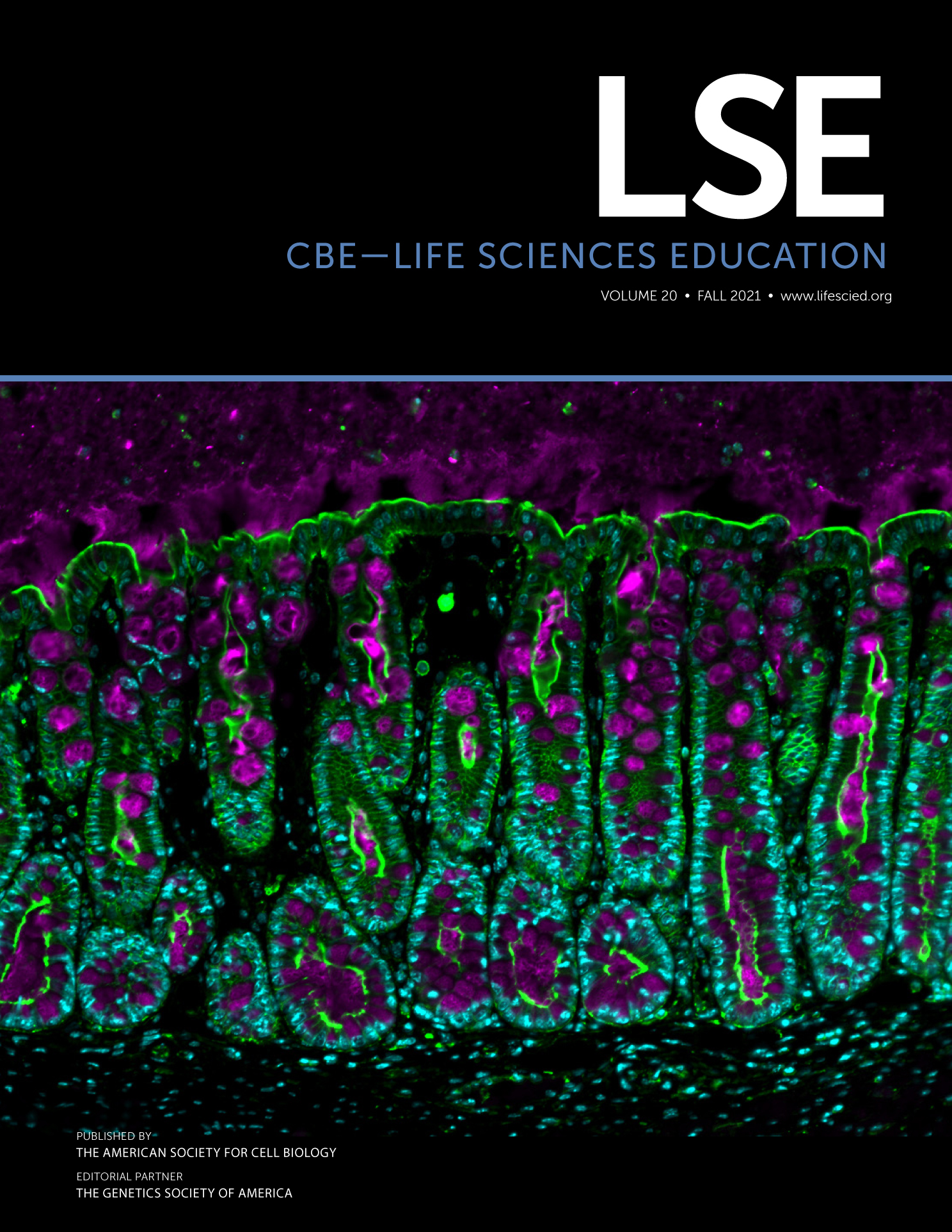 To investigate patterns of gender-based performance gaps, we conducted a meta-analysis of published studies and unpublished data collected across 169 undergraduate biology and chemistry courses. While we did not detect an overall gender gap in performance, heterogeneity analyses suggested further analysis was warranted, so we investigated whether attributes of the learning environment impacted performance disparities on the basis of gender. Several factors moderated performance differences, including class size, assessment type, and pedagogy. Specifically, we found evidence that larger classes, reliance on exams, and undisrupted, traditional lecture were associated with lower grades for women. We discuss our results in the context of natural science courses and conclude by making recommendations for instructional practices and future research to promote gender equity. 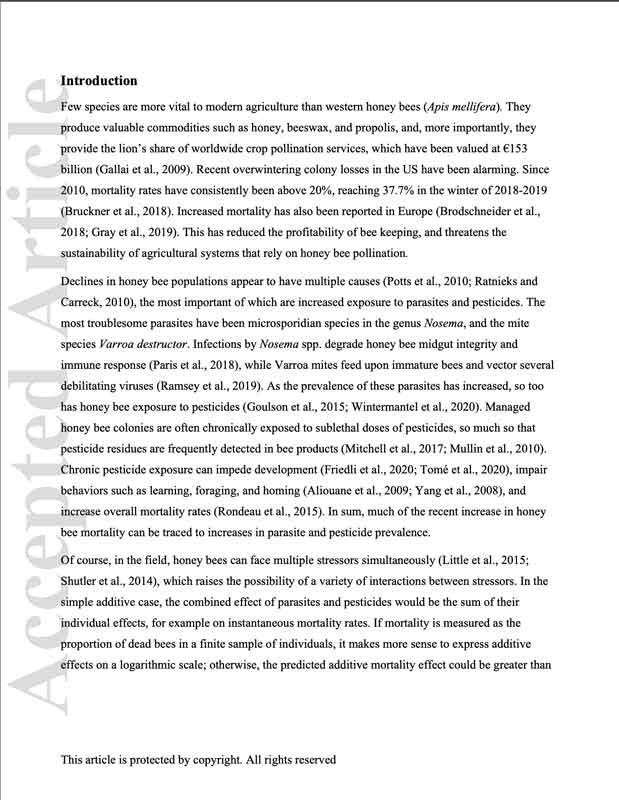 1. Pesticides and parasites have each been linked to increased mortality in western honey bees (Apis mellifera). Currently, it is uncertain if one makes the other worse; several studies have tested for potential synergistic stressor effects, but results have been mixed.

2. Here, we use a hierarchical meta-analysis of 63 experiments from 26 studies to gain a clearer view of the combined effects of parasites and pesticides on honey bee health.

3. We found that combined pesticide-parasite treatments do tend to be deadlier than uncombined treatments but are significantly less deadly than predicted additive or multiplicative effects. In other words, combined treatment effects are not synergistic, but antagonistic.

4. Much of the previous uncertainty about the combined effects of pesticides and parasites on honey bee health can be attributed to a bias in the previous research against stressor antagonism; many researchers have excluded the possibility of antagonism a priori.

5. Synthesis and applications: Meta-analysis shows that when honey bees are stressed by a combination of pesticides and parasites, the combined stress effect is antagonistic, that is, less than the sum of its parts. A better understanding of the mechanisms underlying this antagonism could prove critical for effective management of honey bee health.

Guo, J., Y. Bao, R. Davis, A. Abebe, A. E. Wilson, and D. A. Davis. 2020. Application of meta-analysis toward understanding the effect of adding a methionine hydroxy analog in the diet on growth performance and feed utilization of fish and shrimp. Reviews in Aquaculture 12(4):2316-2332.

Methionine hydroxy analogue (MHA) has been widely used and shows positive effects on growth in poultry, swine, ruminant and aquatic animals. Nevertheless, the utilization efficiency of methionine hydroxy analogue remains controversial considering the wide variation in effects across studies, feeding parameters and environmental culture conditions. Meta-analysis can quantify the effect of adding MHA on animal performance. Here, we analysed the effect of MHA-supplemented diets on the final weight (FW), per cent weight gain (WG), protein efficiency ratio (PER), feed conversion ratio (FCR) and feed efficiency (FE) in common, diverse aquaculture taxa. To conduct the meta-analyses, twenty-three published studies were included that accounted for 249 effect sizes estimated across eight fish and one shrimp species. The effect size (measured as the standardized mean difference; Hedges’ g) of response parameters between MHA level in a diet formulation and an MHA-less control condition was calculated. Based on these results, adding MHA in the diet can significantly improve FW, WG, PER, and FE and decrease FCR for fish rather than shrimp. Using meta-regression analysis, there was a significant quadratic linear relationship between MHA addition and effect size for FW (P = 0.002 for MHA, P = 0.042 for MHA2 ), and significant linear relationships between MHA addition and effect size for WG (P = 0.0005) and FCR (P = 0.002). There was no significant relationship, linear or non-linear, between the MHA addition and effect size for FE (P = 0.985) and PER (P = 0.461). In all, when properly dosed in diets, MHA can significantly improve aquaculture production for fish. 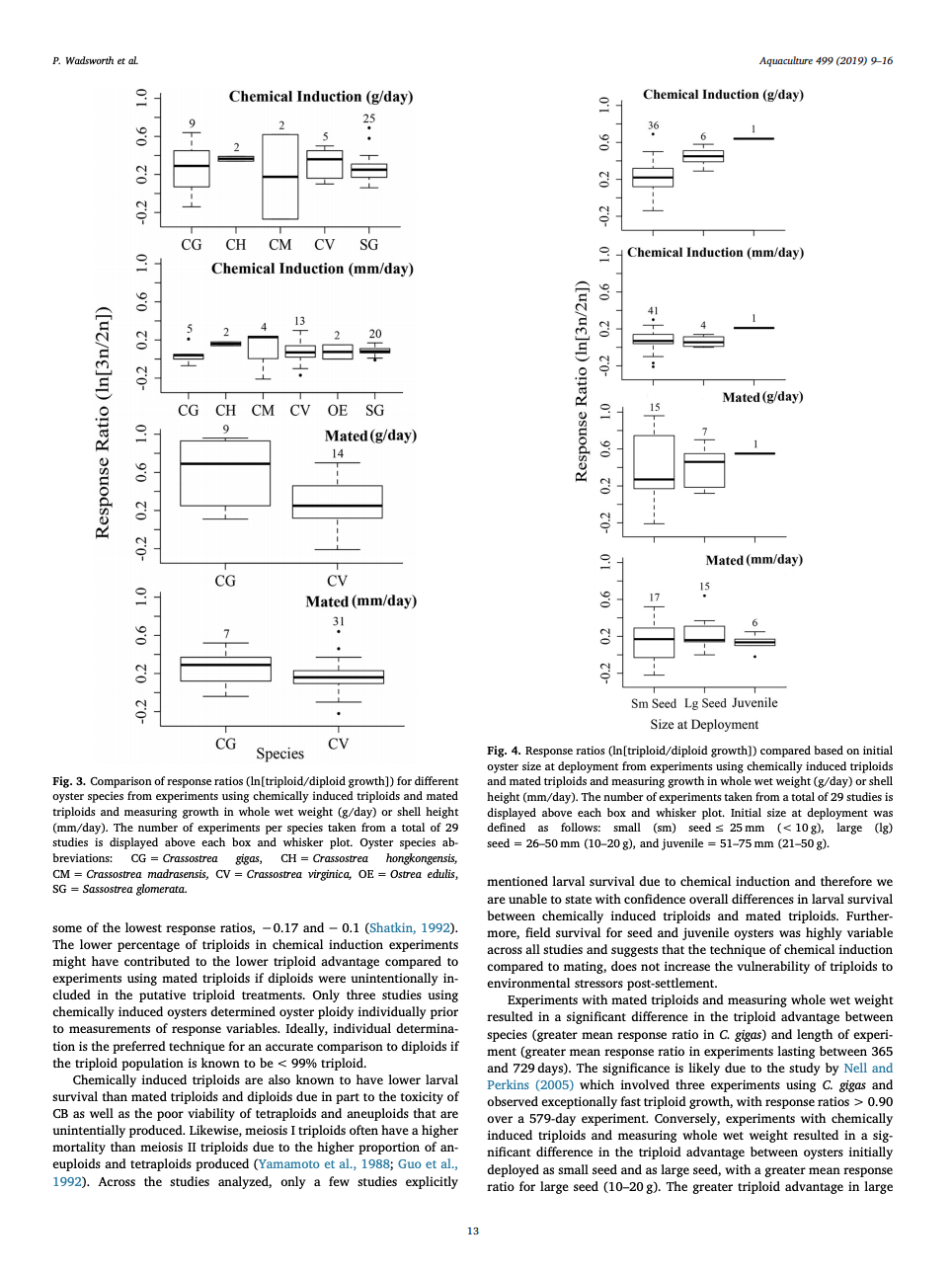 Kozlowsky-Suzuki, B., A. E. Wilson, and A. Ferrao-Filho. 2012. Biomagnification or biodilution of microcystins in aquatic foodwebs? Meta-analyses of laboratory and field studies. Harmful Algae 18:47-55

Cyanobacteria, conspicuous photoprokaryotes in aquatic ecosystems, may produce secondary metabolites such as the hepatotoxins, microcystins (MC). While MC have been quantified in numerous aquatic consumers across a variety of ecosystems, there is still debate whether biomagnification or biodilution of MC generally occurs in aquatic foodwebs. Given the threat that MC pose to aquatic foodwebs, livestock, and humans, we synthesized data from 42 studies on the concentration of MC in consumers, such as zooplankton, decapods, molluscs, fishes, turtles and birds, to determine the dominant process. To compare results across studies, we calculated the biomagnification factor (BMF) as the ratio between the MC concentration measured in consumers and their diet. Biomagnification is indicated when BMF mean and associated 95% confidence intervals (CI) >1. Biodilution is shown if a BMF mean and 95% CI <1. As expected, increasing concentrations of MC in diets resulted in increasing concentrations of MC in consumers. Nevertheless, biodilution of MC was evident for most primary consumers. This finding was robust across four datasets that focused on different aspects of data independence and variance, and may be explained by low hydrophobicity of MC, diet preferences, or detoxification. Zooplankton and zooplanktivorous fish, however, showed some potential for biomagnification (i.e. mean BMF > 1). Plausible, but largely unexplored, possibilities for the relatively higher MC accumulation by these consumers are low detoxification efficiency by zooplankton, MC trophic transfer via the microbial foodweb, contamination of zooplankton net samples with large cyanobacterial colonies and filaments, or the release of both free and bound MC in zooplankton during digestion by fish. Factors related to study design may have influenced the magnitude of MC biodilution. For example, consumers fed diets consisting of highly toxic cyanobacterial lab cultures and large, potentially inedible net phytoplankton showed greater biodilution when compared to seston. Given their hepatotoxic nature, MC concentrations were relatively higher in liver and hepatopancreas tissues than other tissues. Whole organisms exhibited, however, relatively greater MC (i.e. higher BMF) than specific tissues, and this finding could be attributed to the contribution of zooplankton to whole organism MC analyses (89% of BMF estimates > 1). Finally, BMF was positively related to study length showing that longer exposure to toxic food resulted in higher MC accumulation in consumers, which could have important implications in eutrophic or tropical systems where toxic blooms may persist year-round.

Logan, S. W., L. E. Robinson, A. E. Wilson, and W. A. Lucas. 2012. Getting the fundamentals of movement: A meta-analysis of the effectiveness of motor skill interventions in young children as assessed by the test of gross motor development. Child: Care, Health & Development 38(3):305-315.

Unlabelled: The development of fundamental movement skills (FMS) is associated with positive health-related outcomes. Children do not develop FMS naturally through maturational processes. These skills need to be learned, practised and reinforced. The objective was to determine the effectiveness of motor skill interventions in children. The following databases were searched for relevant articles: Academic Search Premier, PsycArticles, PsycInfo, SportDiscus and ERIC. No date range was specified and each search was conducted to include all possible years of publication specific to each database. Key terms for the search included motor, skill, movement, intervention, programme or children. Searches were conducted using single and combined terms. Pertinent journals and article reference lists were also manually searched. Inclusion criteria: (1) implementation of any type of motor skill intervention; (2) pre- and post-qualitative assessment of FMS; and (3) availability of means and standard deviations of motor performance. A significant positive effect of motor skill interventions on the improvement of FMS in children was found (d= 0.39, P < 0.001). Results indicate that object control (d= 0.41, P < 0.001) and locomotor skills (d= 0.45, P < 0.001) improved similarly from pre- to post-intervention. The overall effect size for control groups (i.e. free play) was not significant (d= 0.06, P= 0.33). A Pearson correlation indicated a non-significant (P= 0.296), negative correlation (r=-0.18) between effect size of pre- to post-improvement of FMS and the duration of the intervention (in minutes). Motor skill interventions are effective in improving FMS in children. Early childhood education centres should implement ‘planned’ movement programmes as a strategy to promote motor skill development in children.

The functional response of Daphnia, a common pelagic herbivore in lakes, was assessed with a combination of secondary and meta-analyses of published data and new data from an experiment conducted using very low food levels. Secondary analyses of literature data (28 studies, n = 239-393) revealed a significant positive influence of food concentration on Daphnia clearance rate at low food levels, i.e., evidence of an overall Type III functional response. This result was not an artifact of including data from Daphnia that were exhausted from prolonged food deprivation (more than three hours at very low food). Meta-analysis of Daphnia clearance rate vs. food concentration across a range of low food concentrations (eight studies) showed a significantly positive slope across studies, which also supports the presence of a Type III response. Congruent with these analyses of published data, the feeding experiment showed clear evidence of a Type III functional response for D. pulicaria feeding on Ankistrodesmus falcatus. Food levels at which Daphnia clearance rate declined with decreasing food were near the minimum resource requirement for Daphnia population maintenance at steady state (R*). We suggest that Type III responses are more common than previously believed, perhaps because of the relative paucity of observations at low food levels, and that reduced prey mortality at low phytoplankton densities could be a stabilizing mechanism for Daphnia-phytoplankton systems under resource scarcity.

Wilson, A. E., O. Sarnelle, and A. R. Tillmanns. 2006. Effects of cyanobacterial toxicity and morphology on the population growth of freshwater zooplankton: Meta-analyses of laboratory experiments. Limnology and Oceanography 51(4):1915-1924.

We synthesized data from 66 published laboratory studies, representing 597 experimental comparisons, examining the effects of cyanobacterial toxicity and morphology on the population growth rate and survivorship of 17 genera (34 species) of freshwater, herbivorous zooplankton. Two meta-analyses were conducted with these data. The primary analysis compared herbivore population growth rates for grazers fed treatment diets containing cyanobacteria versus control diets comprising phytoplankton that are generally considered to be nutritious for zooplankton (chlorophytes and/or flagellates). This analysis confirmed that cyanobacteria were poor foods relative to small chlorophytes and flagellates. More importantly, filamentous cyanobacteria were found to be significantly better foods for grazers than single-celled cyanobacteria over all studies. Surprisingly, the presence or absence of commonly-measured toxic compounds (microcystins in 70% of the cases) in the diet had no overall influence on grazer population growth relative to control diets. A secondary analysis compared survival rates for grazers fed cyanobacteria versus no food. In contrast to the primary analysis, grazer survival was more negatively affected by toxic cyanobacteria than non-toxic cyanobacteria, relative to starvation. However, this difference was attributable to the effects of a single Microcystis strain, PCC7820. Thus, though some cyanobacterial strains appear to be toxic to some strains of zooplankton, the overall role of commonly-assayed cyanobacterial toxins as a determinant of food quality may be less than widely assumed. We suggest that more attention be focused on nutritional deficiencies, morphology, and the toxicity of undescribed cyanobacterial compounds as mediators of the poor food quality of cyanobacteria for zooplankton.